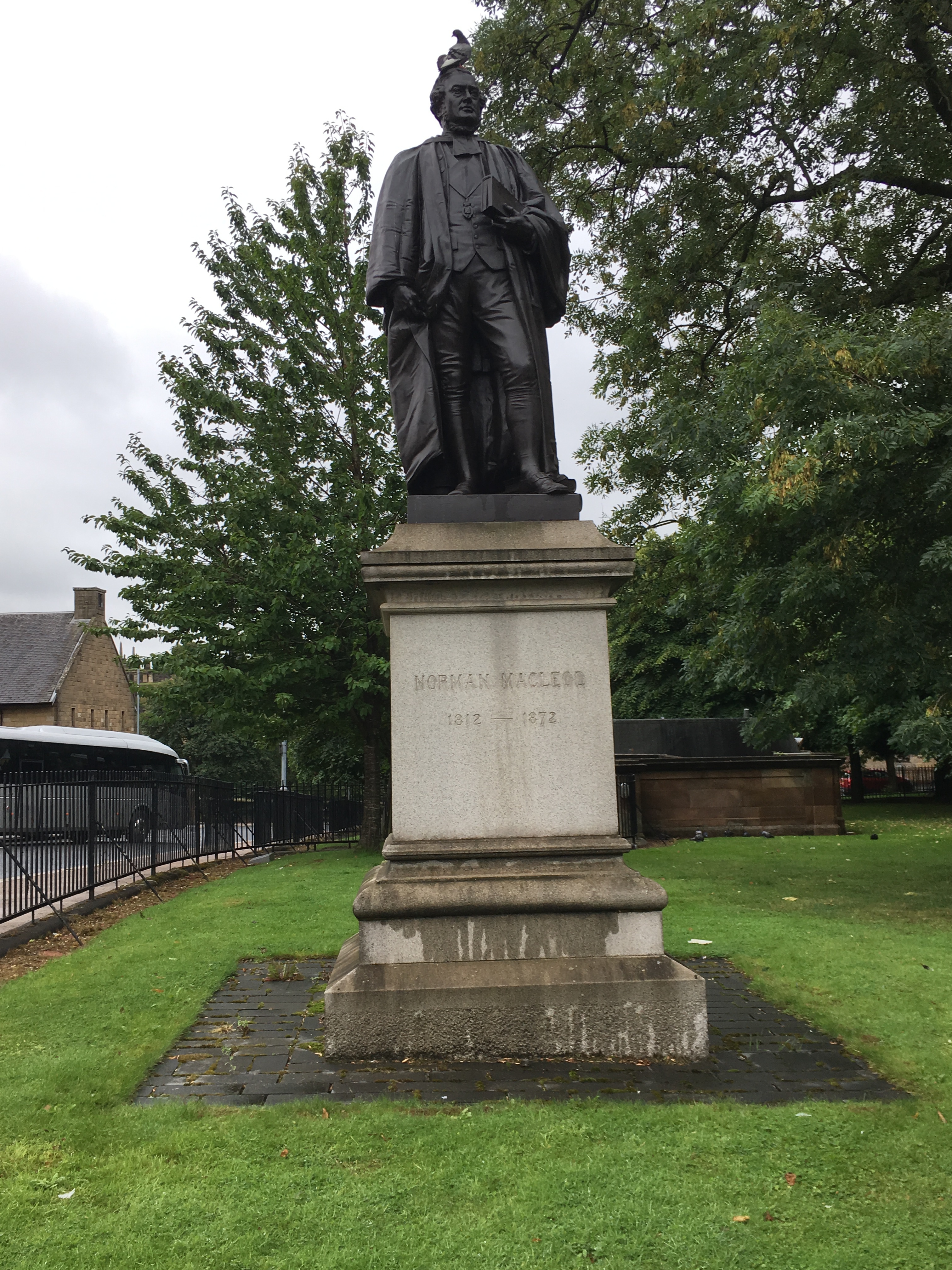 My great, great grandparents, Thomas and Ellen Macindoe, married in the Barony Church Glasgow in the mid-1860’s. Its minister was Rev. Dr. Norman MacLeod.

MacLeod served the Barony Church from 1851 until his death in 1872. During that time the church experienced considerable growth.  MacLeod also became Moderator of the Church of Scotland, helped found the Evangelical Alliance, authored of a number of books, edited a magazine, and even befriended Queen Victoria. That’s a powerful ministry!

So impacted were my great grandparents, they named their third son, Norman MacLeod Macindoe (Would you name your son ‘John Macindoe Jones’??).

Anna and I visited the Barony last year. It’s impressive. It was rebuilt in Gothic style in 1889 to accommodate a large congregation. Across the road is a statue of Norman MacLeod. It sits beside MacLeod Lane.

The edifices of ministry remain, but spiritual life has all but vanished. The church has not seen a congregation in over 30 years. In 1986 it was sold to the University of Strathclyde and is today a grand graduation and exam hall.

It was a bit sad – that the years should erode the impact of such a powerful ministry. But as I reflected, I found hope. My personal faith in Jesus, passed down so imperfectly through the Macindoe line, is a small part of the true legacy of Norman MacLeod’s ministry. And my faith, praise God, is still growing and, I pray, building God’s kingdom.

Today we serve and exalt Jesus’ name. Our edifices, useful though they be, will not last. God’s purposes to save his people, however, will last into eternity.