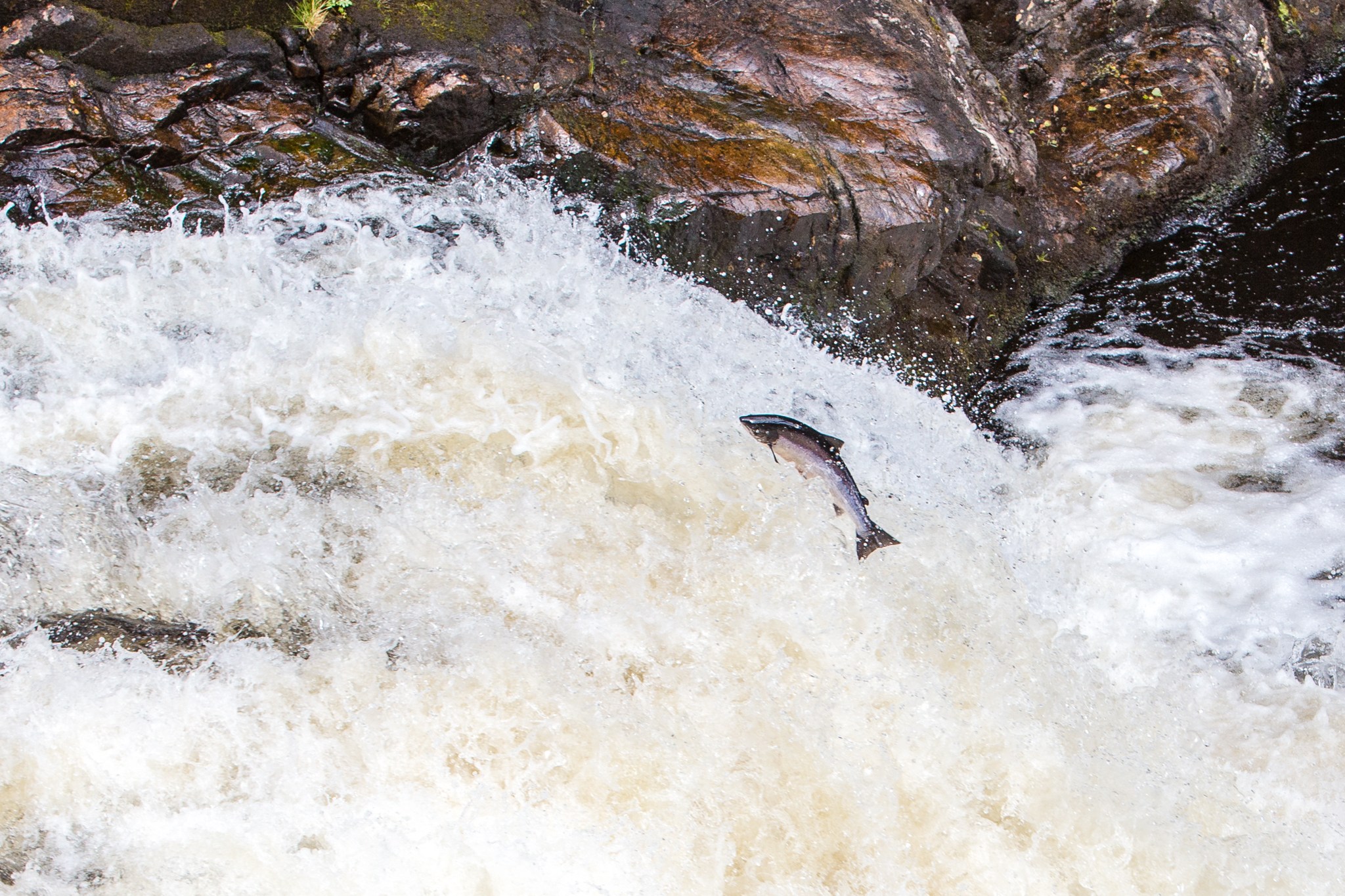 We were in the highlands of Scotland ready for a day of sightseeing. We planned to head west to the coastal town of Ullapool and then further north to explore some remote lochs. As we crossed the range, the rain started. It was wet, really wet. Ditching our plans, we decided to follow our noses and head back east.

And so we happened upon the Falls of Shin: a most pleasant happenstance indeed. They were not particularly spectacular. The scenery, hardly breathtaking. But the salmon, attempting to jump the falls and make their way upstream for breeding and eventual death, were amazing.

Water cascaded down a narrow channel, dropping into a pool one meter below. We watched as one salmon after another did its best to scale the heights and overcome the relentless torrent.

It was both mesmerising and thoroughly disheartening. Despite many attempts, over a period of more than ten minutes, only one salmon reached its goal. Most hit the oncoming water and were unceremoniously dumped back into the depths. Some didn’t stand a chance. They were just too small.

Anna said to me, ‘It’s like us trying to get to God by our own efforts. Try as we might, we’re just not good enough. And it’s not the Falls of Shin, we’re like salmon trying to leap Niagara’.

Jesus meets our need. We need not waste time and energy trying to jump unscalable heights. He lived the life we cannot live. He died the death we cannot afford to die. When we trust in him, he raises us up and leads us to God the Father, the hope of eternity.